The two languages I speak fluently, English and Hindi, are both Indo-European languages. Both originated from the Proto-Indo-European (PIE) language that was spoken by a Bronze-Age civilization in central Asia around 3500 BC.

Today, 46% of the human population speaks an Indo-European language natively, by far the highest of any language family. There are about 445 such languages currently in use, according to the estimate by Ethnologue, with over two-thirds (313) of them belonging to the Indo-Iranian branch. The most widely spoken Indo-European languages by native speakers are Spanish, English, Hindustani (Hindi and Urdu), Portuguese, Bengali, Russian, Persian and Punjabi, each with over 100 million speakers. 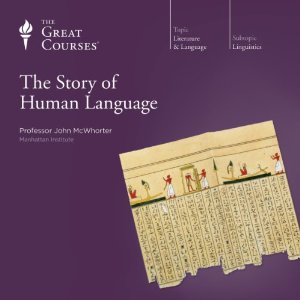 In The Story of Human Language,a fantastic lecture series on the evolution of language, the linguist John McWhorter describes the discovery of the Indo-European language family.

In 1786, William Jones, a British jurist and Orientalist, presented an address to the Bengal Asiatic Society in which he observed:

“The Sanskrit language, whatever be its antiquity, is of a wonderful structure; more perfect than the Greek, more copious than the Latin, and more exquisitely refined than either, yet bearing to both of them a stronger affinity, both in the roots of verbs, and in the forms of grammar, than could possibly have been produced by accident; so strong, indeed, that no philologer could examine them all three, without believing them to have sprung from some common source, which, perhaps, no longer exists.”

Jones was making the first official observation of the fact that groups of languages develop from single ones; that is, he inaugurated the study of the natural history of language.

The kind of “affinity” he referred to involved not only word roots in common among Sanskrit, Latin, and Greek but also aspects of grammar. For example, even the case endings on nouns in these languages are clearly related: tooth in four cases in the languages William Jones referred to:

To see the similarity among modern descendants of PIE, take a look their word for “tooth” in these Indo-European languages.

A map showing the approximate present-day distribution of the Indo-European branches within their homelands of Europe and Asia. [Link to the legend on Wikipedia]