Any organization that designs a system (defined broadly) will produce a design whose structure is a copy of the organization’s communication structure.

What is Digital Product Design? by Paul DeVay

Product Design
An imprecise, iterative process to solve a functional problem with a formal solution.

A product leader’s job is to (1) develop innovative products that are (2) difficult for competitors to copy and (3) produce good profit margins. Represented as an equation:

In this article, let’s consider the first component of that equation: Innovation.

Innovation refers to the creation of novel ideas and development of products based on those ideas. It is a creative endeavor. In product management, I often encounter two models of how PMs are thought to drive innovation.

The lone genius is a myth. Studying the lives of Thomas Edison, Henry Ford, Steve Jobs, Elon Musk, et al, in sufficient detail quickly reveals that they weren’t lone geniuses and did not develop their product concepts by themselves. They were all creative leaders who led their organizations through highly collaborative design journeys. While the public perception of their genius might have helped their companies’ marketing campaigns, working product managers must dispel themselves of the dangerous illusion that the products of General Electric, Ford Motor Company, Apple, or Tesla were anything but the result of thousands of people working together in a creative process, guided by creative leadership.

So how does a product leader succeed with the creative leadership approach? Some answers can be found in the output of a Harvard Business School colloquium held in 2008. The Harvard Business Review article Creativity and the Role of the Leader (by Teresa Amabile and Mukti Khaire) presents the following key insights.

Drawing on the Right Minds

The first priority of leadership is to engage the right people, at the right times, to the right degree in creative work. That engagement starts when the leader recasts the role of employees. Rather than simply roll up their sleeves and execute top-down strategy, employees must contribute imagination. As Cook put it, “Traditional management prioritizes projects and assigns people to them. But increasingly, managers are not the source of the idea.”

Tap ideas from all ranks.

[Google’s] founders tracked the progress of ideas that they had backed versus ideas that had been executed in the ranks without support from above, and discovered a higher success rate in the latter category.

[Researcher] looked at the problem of how to achieve collaboration on radical innovations; when no obvious antecedent exists, it’s difficult for a vision to be shared. His analysis of six award-winning products (from three quite different industries) showed how product development teams used not only prototypes but also metaphors, analogies, and stories to coordinate their thinking.

Open the organization to diverse perspectives.

innovation is more likely when people of different disciplines, backgrounds, and areas of expertise share their thinking.

“If there is one device that has destroyed more innovation than any other, it is Six Sigma,” stated Mark Fishman, MD, president of the Novartis Institutes for BioMedical Research. Bob Sutton echoed the sentiment, citing research showing that when organizations focus on process improvements too much, it hampers innovation over the long term. “The poster child here is Kodak, which kept making the process of manufacturing and distributing chemical-based film more efficient instead of devoting attention to making the shift to digital photography,” he said. “In other words, it kept getting better and better at doing the wrong thing.” For Kim Scott, the problem comes when an emphasis on efficiency causes managers to try to avoid duplication of effort. “In creative work,” she noted, “you need to have people approaching a problem from different angles.”

Map the phases of creative work.

The leader’s job is to map out the stages of innovation and recognize the different processes, skill sets, and technology support that each requires.

Know where you are in the game. Appreciate the different creative types among your people—and realize that some are better at certain phases than others. And be very tolerant of the subversive. Creative work must, like Mark Twain’s character Huck Finn, avoid all “sivilizing” influences.

Few people have equal capabilities in idea generation and idea commercialization; that’s why large corporations normally separate the two functions. The consensus is that, eventually, an innovation reaches a point where it will be best served by people who know how to take it to market. Unfortunately, since the passion for an idea is highest among its originators, projects often lose steam at the handoff. Management’s job is to limit the loss of momentum with adroit timing and handling of the transition.

Provide paths through the bureaucracy.

The manager must act as a shepherd[…] executives must protect those doing creative work from a hostile environment and clear paths for them around obstacles.

Managers must not only water and fertilize, but also kill off the stuff that holds no potential. For every idea with real commercial promise, there are dozens that aren’t worth pursuing.

Fanning the Flames of Motivation

Motivating people to perform at their peak is especially vital in creative work. An employee uninspired to wrap her mind around a problem is unlikely to come up with a novel solution.

which workers were more intrinsically motivated—fired up, for example, by intellectual challenge or independence—and which were more extrinsically motivated, by such things as salary, benefits, and job security. The researchers looked at patents filed by each respondent as a reasonable proxy for innovative output. Their finding was clear: Early-stage researchers who were more motivated by intellectual challenge tended to be more productive. (Interestingly, this did not hold true among the group doing later-stage work.) A stronger desire for independence was also associated with somewhat higher productivity. It wasn’t that extrinsic motives were unimportant; a person’s greater emphasis on salary was also associated with greater productivity. The desire for intellectual challenge was, however, much more strongly linked to it.

Allow people to pursue their passions.

If the keys to creative output are indeed intellectual challenge and independence, management must find ways to provide them. In large part, that demands awareness of individuals’ interests and skills. […] some people are simply more revolutionary in their thinking than others and therefore more suited to radical projects.

Be an appreciative audience.

employees doing creative work are more motivated by managerial behavior, even seemingly little things like a sincere word of public recognition, than by monetary rewards.

Embrace the certainty of failure.

Arguably, the managerial reactions that speak loudest to creative workers are reactions to failure. […] managers must decrease fear of failure and that the goal should be to experiment constantly, fail early and often, and learn as much as possible in the process.

Provide the setting for “good work.”

work that is excellent technically, meaningful and engaging to the worker, and carried out in an ethical way.

IDEO has created a course called Leading for Creativity. I will provide a review of the course on this blog soon. 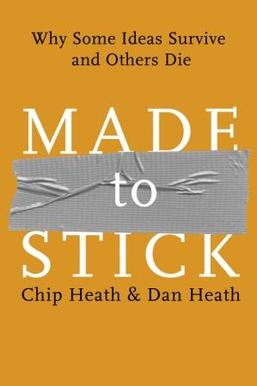 The Smart-Talk Trap by Jeffrey Pfeffer and Robert I. Sutton

We found that a particular kind of talk is an especially insidious inhibitor of organizational action: “smart talk.” The elements of smart talk include sounding confident, articulate, and eloquent; having interesting information and ideas; and possessing a good vocabulary. But smart talk tends to have other, less benign components: first, it focuses on the negative, and second, it is unnecessarily complicated or abstract (or both). In other words, people engage in smart talk to spout criticisms and complexities. Unfortunately, such talk has an uncanny way of stopping action in its tracks.

Managers let talk substitute for action because that’s what they’ve been trained to do. Many executives in contemporary organizations have been to business school, and even those who don’t have M.B.A. degrees often attend executive education programs taught by business school faculty. What do they learn in those programs? That the ability to talk—and particularly to talk smart—pays.

Rare is the manager who stands before his or her peers to present a new strategy with a single slide and an idea that can be summarized in a sentence or two. Instead, managers congratulate themselves and one another when they come up with ideas that are so elaborate and convoluted they require two hours of multipart, multicolored slides and a liberal sprinkling of the latest buzzwords.

Organizations Who Shut the Smart-Talk Trap

1. They have leaders who know and do the work.

Companies that use talk productively—to guide and spur action—have leaders who make it a priority to learn and do the work.

2. They have a bias for plain language and simple concepts.

Companies that avoid the knowing-doing gap are often masters of the mundane. Executives devote their efforts to a few straightforward priorities that have clear implications for action. These organizations realize the value of direct language and understandable concepts. They consider “common sense” a compliment rather than an insult.

4. They have strong mechanisms that close the loop.

5. They believe that experience is the best teacher.

Enlightened trial and error outperforms the planning of flawless intellects.